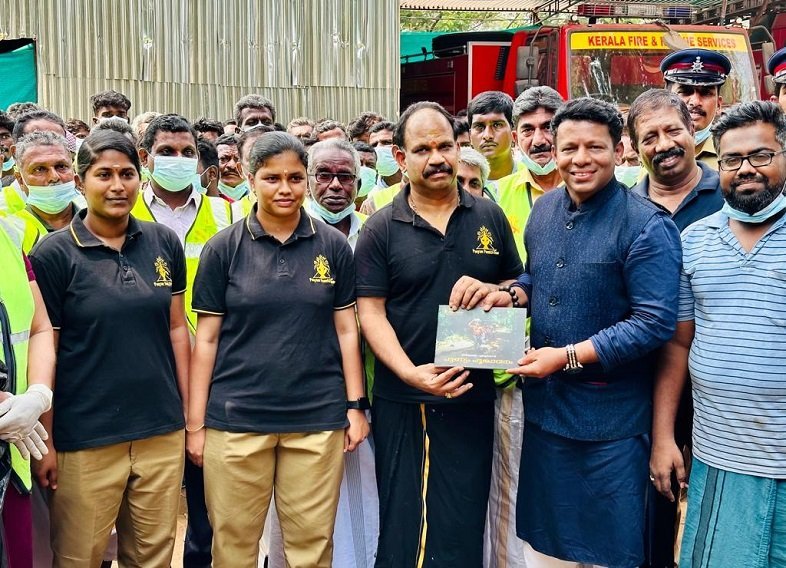 The Sabarimala Pilgrimage season calls for a multitude of people to visit the temple and related places in the Pathanamthitta district of Kerala. More than being confined to one religion Sabarimala always has portrayed an example of religious harmony. The recent cleanliness campaign also put forward this motto as one of the people who spearheaded the same was Dr. Mohammed Khan, President, and CEO of Khans Media City. Being an international figure his participation in such a program has brought the story of Sabarimala to the Global Forefront. During the “Makaravilakku” Day, Sabarimala will be the most crowded, Dr. Khan has willingly come forward to become a part of the same thereby promoting his vision of establishing World Peace through Religious Harmony.

“PunyamPoonkavanam” portrays a new model of Peace and Harmony. As a part of the same project, a Cleanliness awareness campaign was organised on 13th January 2023, under the leadership of P. Vijayan IPS, Inspector General of Police, and the State Nodal officer of PunyamPoonkavanam. Dr. Khan was the International Representative as well as the Chief Guest. ErumeliFireforce, KulappuramPunyam Charitable Trust, Volunteers from Koovappally, Erumeli Residents Association, Department of Public Health, and Members of VishudhiSena also participated in the same.

Dr. Khan and Khans Media City had always been advocates of amazing activities that lead to Peace and harmony for a joyful life. Considering Dr. Khan’s enormous contributions towards establishing World Peace. The Council for Universal Peace, an organisation working with its headquarters in Japan, has honored Dr. Khan as the “World Peace Leader”. Central Christian University has also honored him with an honorary doctorate, “Doctor of Peace”, for his enormous contributions.

Establishing religious harmony is yet another area, safeguarding which can promote World Peace, passively. The State of Kerala has always put a wonderful example for the same. PunyamPoonkavanam has set a model, bringing together people from different communities and religions, through a neat and clean green world. Dr. Khan has also affirmed in the event, that through him, this message will be spread Worldwide, as well as enforce the activities as a part of the mission. His impeccable record of being a part of the Swacch Bharat Mission has also contributed to its success of the same. Several volunteers, also became a part of the same, getting inspired by this.