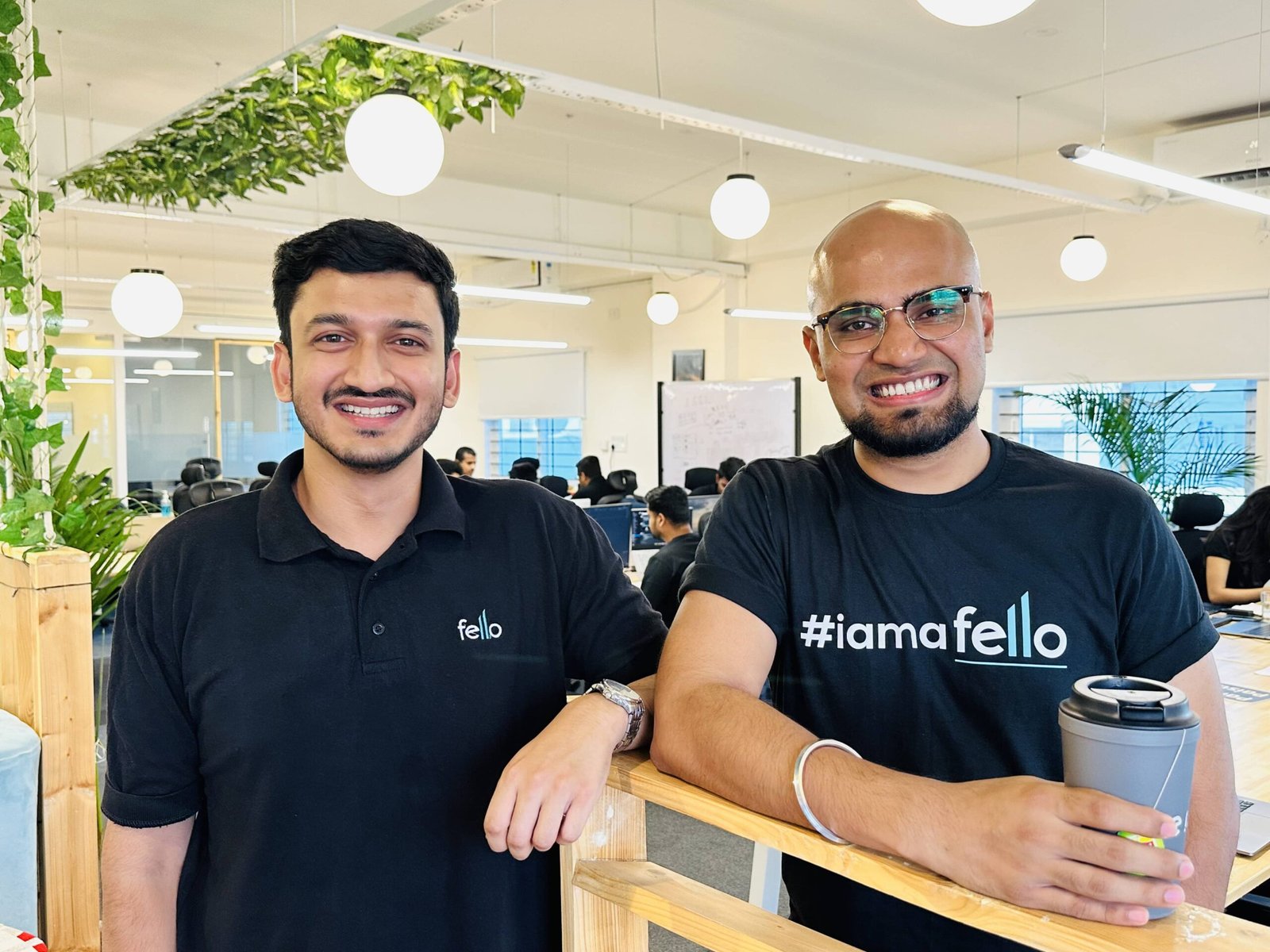 January 06, 2023, Bengaluru: Fello, India’s first gamified savings platform, designed for the Gen-Zs and young millennials of India, has raised $4 million in their latest funding round led by US-based Courtside Ventures, with participation from, Entrepreneur First, Ycombinator, Kube Venture and Upsparks. Angel investors, Kunal Shah, Founder of Cred, Lalit Kishore, Co-founder of Groww, Charlie Songhurst, Dafeng and Alan Rutledge participated in this round. Previously, in November 2021, the company had raised $1 million in its seed round.

Fello will use the funding to develop unique gamified financial products, hire top talent across functions, and expand its user base to the many millions in the tier-1 and tier-2 cities of India.

Founded in 2021 by YCombinator W22 graduates, Manish Maryada and Shourya Lala, Fello has built a revolutionary product at the intersection of gaming and finance. The company aims to make finance fun and rewarding, thereby helping India’s youth build better financial health. The gamified savings platform incentivizes users through gaming to save and grow their money with returns higher than their traditional savings accounts. The company aims to on-board 5 million customers by the end of 2023 and enable the underbanked population of India through an innovative suite of products that gamify investing.

Commenting on the fundraiser, Manish Maryada, Co-founder, and CEO, of Fello, said, “We are thrilled to begin the New Year with a new round of funding through new and existing marquee investors. This reaffirms our vision of becoming India’s preferred ‘fun-ancial savings app’ that combines finance and gaming, thus inculcating and encouraging the habit of saving and investing among India’s youth. Presently, we have a user base of over 500,000, with 72% of customers coming to the platform organically, through referrals. We are confident that with our accelerated growth and expansion, we will be able to reach our target of 5 million users by December 2023.”

Shourya Lala, Co-founder, and CTO, Fello said, “We have seen massive tailwinds for our game-based savings model in the last one year. Of the 846 million internet users in India, nearly 433 million play games on their mobile phones, two or three times a week. Of this, 75% of internet users are between the age group of 18-30, and interestingly, they shy away from saving and investing. Fello’s market scope is unprecedented. With this fundraise; we aim to accelerate our product development, market penetration, and talent acquisition.”

Kai Bond, Partner of Courtside Ventures said, “India has attracted unprecedented investment in the last four years in the fintech and gaming sector. As a global game investor, Courtside Ventures has remained very active in the ecosystem. The Indian Gaming audience is one of the largest and most active markets in the world, yet financial services applications attract a fraction of that gaming audience. There is a tremendous market opportunity to bridge the gap in financial literacy and invest in a fun and gamified experience. We are incredibly bullish that there is a massive opportunity at the intersection of gaming and financial services in India.”

Matt Clifford, Co-founder, and CEO of Entrepreneur First said, “Entrepreneur First invested in Manish and Shourya as individuals, pre-idea because we recognized their extraordinary potential to build a world-leading company. In combining their talents to build Fello, they’ve made that potential a reality. As the team redefines finance for India’s next generation, we’ve been proud to back the team since its inception, and are so excited to see them hit yet another milestone with this raise. It’s founders like Fello’s that have motivated us to double down on our investment in India’s extraordinary talent pool, and we can’t wait to see what they do next”

Removal of Excessive TDS, Rather Than Reduction in Tax Rates, the Main Expectation of NRIs from Union Budget 2023-24

Removal of Excessive TDS, Rather Than Reduction in Tax Rates, the Main Expectation of NRIs from Union Budget 2023-24