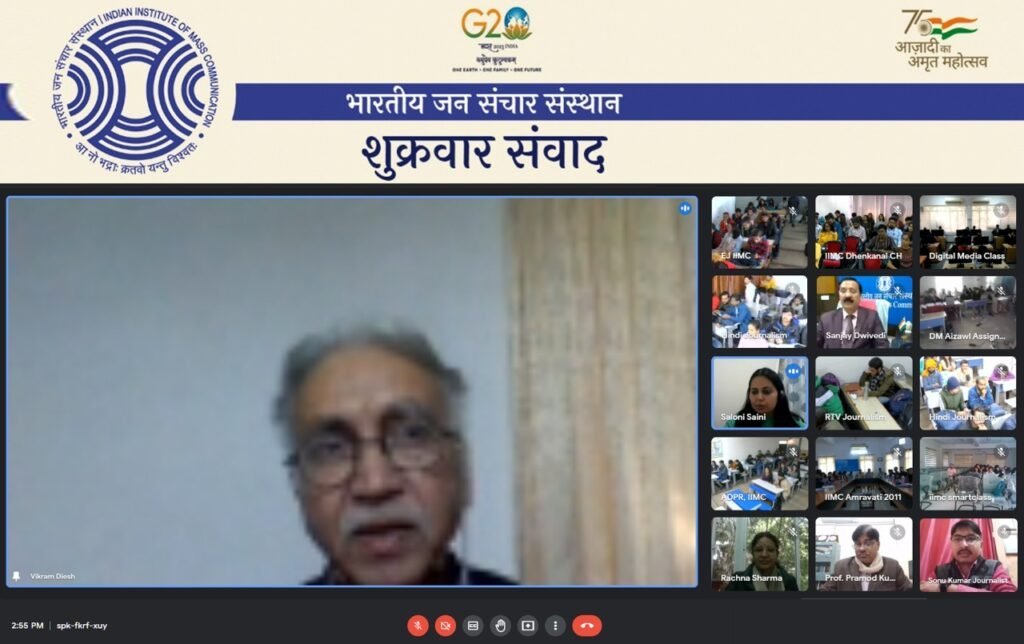 Expressing views on the topic ‘Amrit Kaal & the Vision of Netaji Subhas Chandra Bose’, Sqn Ldr Vikram Diesh said that Netaji’s roadmap comprised a rich legacy of ideas, ideals, and dreams for a free India and how the post-colonial nation should shape up socially, economically and in delivering governance. He added that Netaji reminded citizens to never lose faith in the destiny of India. He aspired to raise India’s prestige to such an extent that a free India would be a force to reckon with in the global world order.

Sqn Ldr Vikram Diesh said that Netaji was a champion of gender equality and his vision was to build a nation where men and women not only have the same rights but can also deliver the same duties, this today is reflected in women being involved in combat roles as they command air force and army units. Adding to it he said, Netaji was not only a pioneer of economic planning but also a strong believer in the application of science and technology for development.

The program was moderated by Saloni Saini, Associate, Outreach Activities, Welcome address was delivered by Dr. Rachna Sharma, Course Director, Digital Media, and the vote of thanks was given by Bhavna Acharya, Assistant Professor, Dhenkanal.