Self Reliant India Fund backs Anicut Capital with its commitment of Rs. 75 crores for equity fund 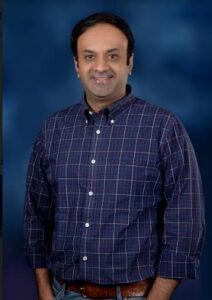 New Delhi, 3rd January 2023: Anicut Capital, an Indian investment firm managing alternative assets, today announced that they have received a commitment of Rs 75 Crores from Self Reliant India Fund (SRI), for their equity fund. SRI Fund is a SEBI-registered Category II Alternative Investment Fund anchored by NSIC Venture Capital Fund Limited, a wholly-owned subsidiary of The National Small Industries Corporation Limited (NSIC) and managed by SBICAP Ventures Ltd (SVL), a step-down subsidiary of State Bank of India. The corpus received shall be deployed through Grand Anicut Fund 3 which was launched recently in June 2022.

Self Reliant India (SRI) Fund is a Rs. 10,000 crores Fund of Funds (FoF) launched by the Government of India in October 2021 to make equity investments in Micro, Small, and Medium Enterprises (MSMEs) and to catalyse the flow of capital to the MSME sector. The anchor investor of SRI Fund is the Government of India.

“Anicut has made a number of equity investments in leading companies that are doing well in the market today. We firmly believe that our investment portfolio companies will be leaders of tomorrow and grow multifold with persistent support and commitment. The commitment from SRI Fund furthers our agenda of strengthening small and medium enterprises across India. Additionally, we are also excited to welcome Arun Thathachari to our leadership team. Arun’s induction is a strategic move to propel our continued focus to scale the business and fuel our growth in the market.”, said Dhruv Kapoor, Partner, Anicut Capital.

Anicut launched their Grand Anicut Fund 3 (also called Anicut Opportunities Fund) worth Rs. 500 crores in June 2022, which has an additional Rs. 250 crore green shoe option. The investment firm is aiming to deploy the raised funding across 10-15 growth-stage companies across Anicut and non-Anicut portfolios over a span of two years. It is a sector-agnostic fund with a focus on Technology, Consumer, and B2B brands. Within 6 months of launching the Grand Anicut Fund 3, Anicut has already made 5 investments and 2 other deals are in active discussion, to be closed by next quarter.

To further strengthen its standing, Anicut Capital also announced the onboarding of Arun Thathachari as Executive Director operating on the equity side. Arun joins Anicut with 15+ years of diverse international experience across investment banking, management consulting, and corporate development.

“I’m excited to be a part of such a future-ready and forward-looking enterprise. I look forward to enriching my experience and harnessing my expertise to further the mission and vision of Anicut Capital”, said Arun Thathachari, Executive Director, Anicut Capital.

Prior to Anicut, Arun was part of the senior leadership team at Sulekha.com based in Chennai. He spent 7+ years in investment banking in India and London with global firms including DC Advisory, Arma Partners, and Bank of America Merrill Lynch. He led the advisory for 10+ capital raise and M&A transactions across consumer, internet, and technology. He started his career with the Strategy & Operations practice of Deloitte Consulting in New York. Arun holds a BE in Electrical & Electronics Engineering from the University of Madras, an MS in Industrial & Operations Engineering from the University of Michigan (Ann Arbor), and an MBA from NYU Stern School of Business.