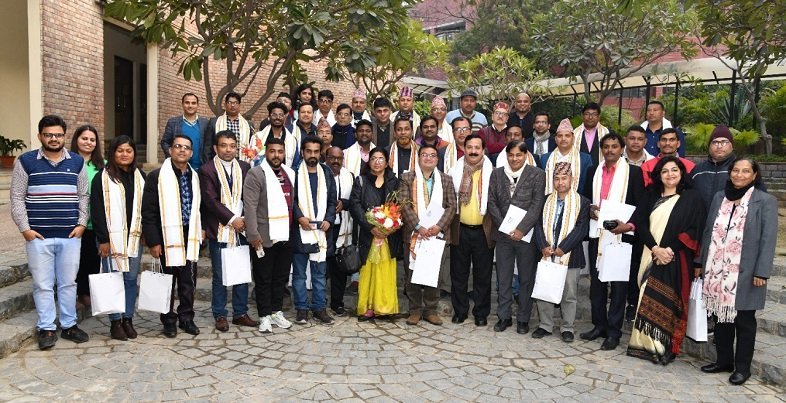 Remembering Swami Vivekananda on his birth anniversary, IIMC Director General said that he was the first thinker who presented the concept of One Asia. Prof. Dwivedi said that peace, integrity, development, and prosperity of the region will be promoted only when ‘One Asia’ is formed. He stated that we all have the same history and even today we all share the same culture, food, and lifestyle. This is our strength, Only by culturally uniting can we stop the encroachment of Western culture.

According to Prof. Dwivedi, Swami Vivekananda had told western countries a century ago that the 20th century will be yours, but the 21st century will be India. Now in the 21st century, his words seem to be coming true. Invoking the ‘SAARC Journalists’ Forum’, he stated that it is all of our responsibility as journalists to make the concept of ‘One Asia’ a reality.

On this occasion, SJF President Raju Lama said that he is feeling very proud to come to IIMC. He said that he was aware of many politicians and freedom fighters of India, but this is the first time that he came to know about the contribution of Pandit Yugal Kishore Shukla, the founding editor of India’s first Hindi newspaper ‘Udant Martand’. Lama said that SJF pays its tribute to Shukla ji for his immense contribution to journalism.

During their visit, the delegation also visited various departments of IIMC, the library, and the community radio ‘Apna Radio 96.9 FM’ run by the institute.