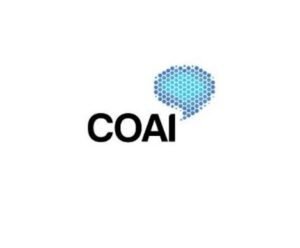 New Delhi, 18 January 2023: COAI, the apex body that represents the telecom sector, has made recommendations for the Union Budget 2023-24 to the Ministry of Finance, Government of India, towards improving the financial health of the industry.

Key asks made by the telecom industry are:

COAI has requested that the USO contribution of 5% of AGR may be suspended till the existing USO corpus is exhausted and License Fee be brought down from 3% to 1% at the earliest to cover only administrative costs by the DoT/Government.

COAI has requested to introduce a special regime for the telecom operators under Section 72 of the Income Tax Act, 1961, wherein the business losses can be carried forward and set off till Sixteen (16) assessment years from the existing 8 years. A lapse of business losses posts eight years would be detrimental to the already distressed Telecom Industry as the income during the recovery phase will be subject to tax outflows and other committed payouts such as AGR-related payout, spectrum-related payout, etc.

During the last few years, the Indian Telecom Industry has witnessed transformational changes including major consolidations amongst most telecom players as a measure of survival in a highly competitive market. One of the conditions to avail the carry forward of losses u/s 72A of the Act is for the amalgamated company to hold 3/4th (75%) of the book value of fixed assets of the amalgamating company for a period of 5 years, which puts undue restrictions on high technology-driven businesses including Telecom because they are required to regularly upgrade their network infrastructure through investments in newer technology.

In the recommendations, the industry has urged the government to bring down the threshold of keeping 75% book value of fixed assets to 50%, to be held for a maximum period of 2-3 years. The relaxation of this condition would also facilitate an environment supporting the Digital India initiative of the Government.

Regarding TDS under section 195 of the Act on Interconnect Usage Charge (IUC) payments to Foreign Telecom Operators, it is recommended that CBDT issues a circular/instruction mandating no withholding on IUC payments to other operators and clarifying that provision of domestic law cannot be read into or overridden by the provisions of the tax treaties between two countries unless the treaty is amended by both the countries.

Higher Customs duty on telecom equipment is disrupting the cost-effectiveness of the Telcos. Around 85% of the Telecom Equipment in India is imported under Chapter Head 8517.

Basic Customs Duty (BCD) of 20% is levied on the import of most the telecom equipment like Optical Transport Equipment/Networks, IP Radios, MIMO/LTE products, Soft Switches, VoIPs, PTN, MPLS -TP, etc. which is disrupting the cost-effectiveness of the Telcos.

The industry body suggested exempting the levy of BCD charges as it will be beneficial for importing essential equipment, which will further help in the deployment and smooth roll-out of 5G in India.

COAI has requested to clearly define the various terminologies being used in tariff/exemption notifications for different equipment, to reduce disputes with the department.

In the absence of clear classification for these, field officers are not allowing the import of equipment at the respective applicable duty rate and are charging a higher rate of duty, which is resulting in undesired litigation. For example, Optical Transport Equipment, OTN Products, MIMO goods, MP-TPLS Products, Subscriber End Equipment, etc., are not defined in the tariff, creating interpretational issues with the department and resulting in a higher rate of duty @ 20% (in place of 0 to 10% of applicable duty).

CBIC has issued a clarification to the field units clarifying that no duty will be applicable on cable-laying vessels beyond territorial waters of India. However, payment of duty on vessels and cable, etc. beyond territorial waters and up to EEZ are still being insisted on by the customs units. It has been requested that suitable clarification for activities relating to cable repair/installation operations carried out in Exclusive Economic Zone (EEZ) be issued.

Amnesty for erstwhile Central Taxes viz. Excise and Service Tax: CBIC had notified the amnesty i.e., SVLDRS last in 2019. In the last 3 years, there has been a steep rise in litigation, both under Service Tax and Excise laws, as well as GST laws. It is pertinent that past matters are settled in a fast-track mode so that taxpayers can focus on matters under the GST law. It is therefore suggested that another Amnesty Scheme be formulated to settle the erstwhile litigations pertaining to Excise and Service Tax.

For facilitating Ease of Doing Business, a centralized registration process is recommended for the industries having spread in all 36 States/UTs. As an alternative, a centralized jurisdiction may be formed to govern the day-to-day affairs of the taxpayers. COAI has also requested the Government to facilitate the Centralized Assessment, Audit Procedure for large taxpayer units with a turnover of over INR 500 crore and a presence in over 12 States/UTs. This would limit this facility to less than 1% of all Corporates and ensure ease of doing business with no corresponding loss of revenue to the Government.

At present, GST is being paid by the operators under Reverse Charge Mechanism (RCM) on supplies by Government, more particularly on Spectrum Acquisition Fees, License Fee (LF), and Spectrum Usage Charges (SUC). Input Tax Credit (ITC) arising out of this is creating a huge imbalance with outward liabilities. For the industry, it involves the heavy cost of funds for compliance, whereas, for the government, this is revenue neutral.

COAI has requested that appropriate Notification be issued exempting the levy of GST on Spectrum Acquisition Charges, LF, and SUC. Alternatively, payment of RCM on Government Services from Input Tax Credit (ITC) balance is permitted. This would extend a huge relief to the entire industry.

It is recommended to refund the accumulation of ITC which is over INR 32,000 crore and is posing a huge financial burden on the telecom operators. As an alternative, this amount could be allowed to be adjusted against statutory dues payable or to be used as collateral against loans.

The industry hopes that the COAI recommendations are taken into account by the GST Council.

Lt. Gen. Dr. S.P. Kochhar, Director General, COAI said “Telecom is one of the highly regulated sectors in the country. Given the huge burden of taxes and regulatory levies on telecom operators, and the critical nature of the service to drive Digital India, a special benefit may be provided to telecom operators by way of exemption of GST on regulatory payments of LF, SUC and spectrum assigned under auction. It would provide substantial relief and help in the revival of the industry”.

“Telcos are constantly upgrading infrastructure to keep up with the new-age technologies. However, the required facility to manufacture the equipment has not yet been set up in India. Therefore, telcos are dependent on imports. Considering the financial health of the industry and the huge investments underway to fulfill our goal of a digitally connected India in line with the National Broadband Mission, relaxation in import duties will go a long way in helping us to realize our dream of an ‘Atmanirbhar Bharat,” he further added’.

While COAI has made a number of other submissions to the government, the above recommendations are the most pressing and critically needed by the industry for the purposes of ease of doing business and working towards restoring the financial health of this critical and essential sector.