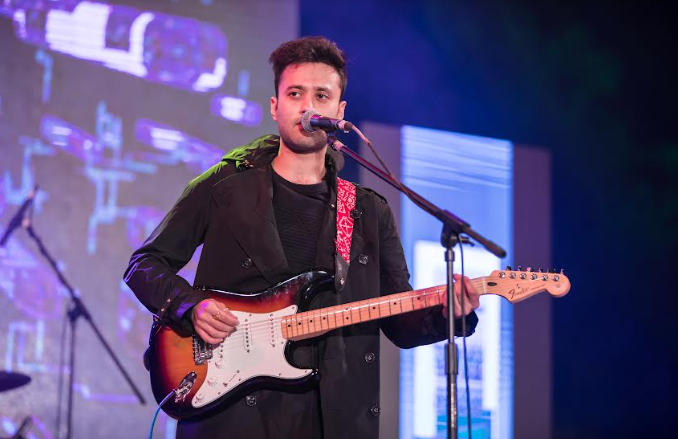 India, 22nd September 2022: Prolific and young artist Aaryan Banthia who is a singer-songwriter, guitarist, and music composer has dropped his latest track ‘Yeh Naina’ and crossed over 1 million views within 24 hours. A completely original song, Aaryan has written, composed, and featured in the video of the song. Evoking feelings of love, passion, and being devoted to one’s love and staying true to it, through this fusion-pop single, Aaryan is building a legacy of making every song unique and an experience to be treasured for his fans.

Aaryan who is known for his flair of creating and composing independent music has struck a chord with the audience since his first song ‘Yaadein’ in 2019 and has only upped the ante with ‘Yeh Naina’. The song showcases a heartfelt story of an aspiring musician who is working at a restaurant as a waiter but doesn’t give up on his dream of becoming a musician, and finally makes it as a known musician on sheer merit.

While the idea of producing the song was to keep it acoustic and mellow like usual, Aaryan and the producer of the song Rohan Ganguli thought of giving it a twist and adding hints of various genres of music like Qawali and Hindustani Classical Music too.

Sharing his thoughts on the release of his new single, Aaryan Banthia, singer and guitarist, “The melody of ‘Yeh Naina’ struck me in the spur of a moment at my birthday celebration in February 2022. I discreetly recorded the tune on my phone and began to pen its lyrics the following day itself. On completion, I went on to singing it multiple times with my acoustic guitar and I was very pleased with how it had turned out. It was in that instant, I decided to produce it. I am extremely grateful to my fans who have showered their love over every new song, and it truly inspires me to move onward and upward in the music industry.”

A first-generation musician of his family, Aaryan has set out in the music industry with big dreams drawing inspiration from the likes of Pink Flyod, Dire Straits and wants to be known as an independent musician not bound by any specific genre. During the lockdown, his creativity found a new route as he composed music for an award-winning film ‘Broken’ which was showcased at many international film festivals and is a steppingstone for his grand vision to represent India by creating unique music for music lovers.

The song is available on Aaryan’s YouTube channel and all streaming platforms.

Link of the song: https://www.youtube.com/watch?v=DlGjoF5PVNs

Veranda RACE enters Karnataka with the first centre in Bangalore

News18 Network partners with TATA Motors for Trucking Into The Future, an event that aims to enhance India’s transportation and logistics sector