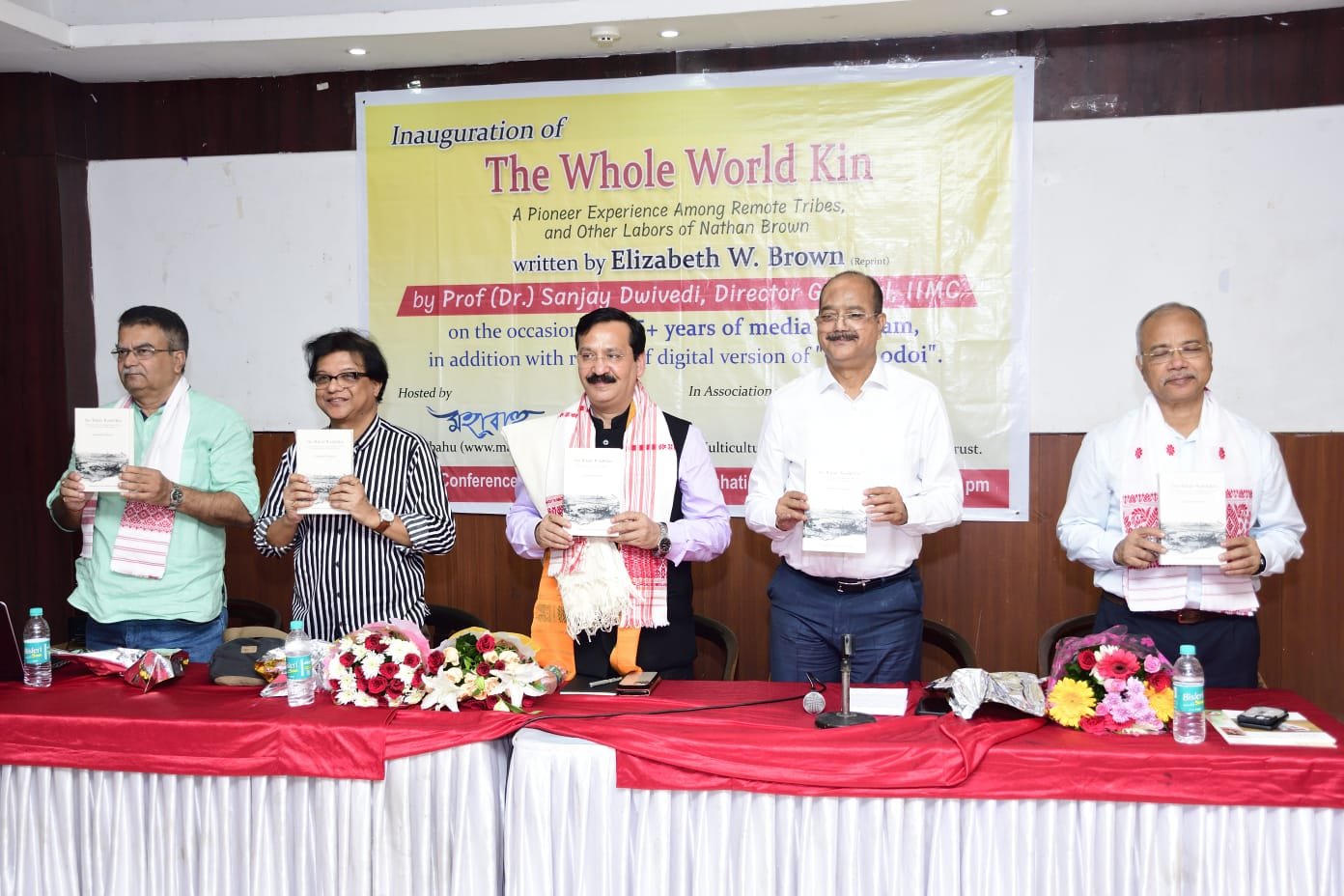 Guwahati, Sept 24: “No language can replace the mother tongue of a person. We think in Our mother tongue and have a natural command over it. The ease of expression gives us the confidence to think and express clearly in our mother tongue,” said Prof (Dr) Sanjay Dwivedi, Director General of the Indian Institute of Mass Communication (IIMC), in his address at a book launch event at Guwahati.

The event was organized by ‘Mahabahoo’, a city-based organization, in collaboration with the Multicultural Educational Development Trust on the occasion of 175-plus years of media in Assam. The reprinted version of the book ‘The Whole World Kin: A Pioneer Experience Among Remote Tribes, and Other Labors of Nathan Brown’ written by Elizabeth W Brown was launched during the event. The digital version of ‘Orunodoi’, the first Assamese monthly news magazine, was also launched and it will be available on the website www.mahabahoo.com. 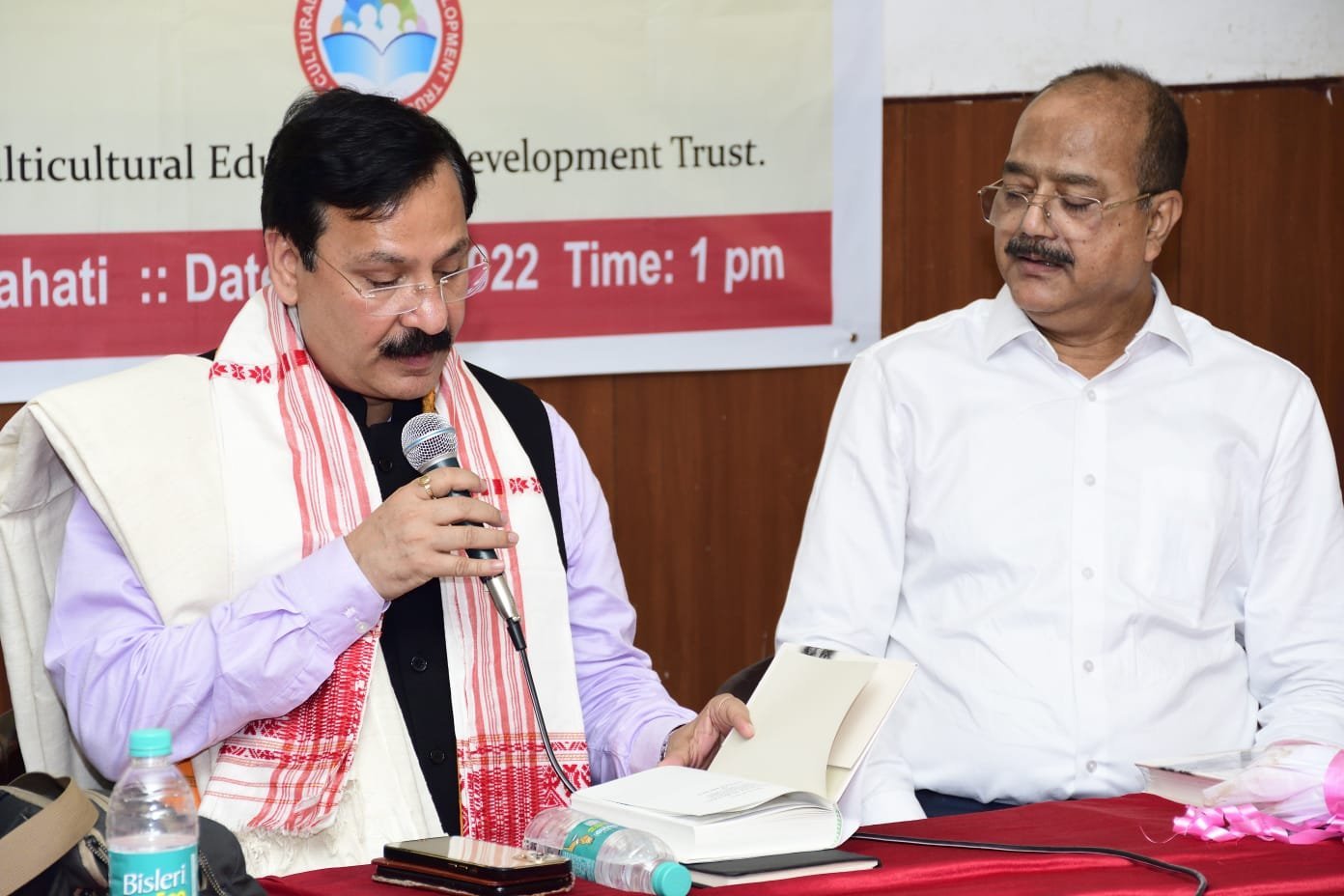 “People can learn many languages but can have only one mother tongue in which we think, dream, and feel emotions. Mother tongue is the most powerful tool,” he said. Dr. Dwivedi also highlighted the importance of the mother tongue in preserving cultural diversity and heritage. He further said that while roaming around the city, he was surprised to see that the signboards of many’ shops were written in English instead of Assamese. “The signboards can be in both English and Assamese,” he said.

Director General of IIMC said the completion of 175 years of media in Assam is an opportunity to remember the sacrifice of Assamese literature and media veterans who laid the foundation of media in Assam. He said due to such great personalities, Assam has been a watchdog of northeast India, and scores of visionaries in the region have contributed immensely to literature, culture, and spirituality. Dr. Dwivedi mentioned that Assam Media should now set a target for the next 25 years. It should work on new ideas because the ideas give birth to action and without action achievement is not possible.

Augustana University, US Announces MBA for Indian Students and UG Scholarships Worth Up to USD 1 Lakh for UG Applicants