Bhuvan Bam on Playing a Character That He Hasn’t Developed 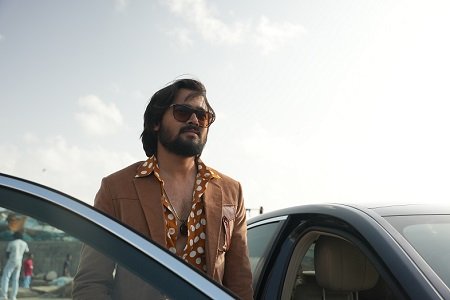 A roller coaster of emotions, comedy, romance, action, and drama, Hotstar Specials’ Taaza Khabar is an all-in-one package. Marking the debut OTT debut of social media sensation Bhuvan Bam, the series is a modern-day tale that dismantles the boon and banes of miracles. Produced by Rohit Raj & Bhuvan Bam under the banner BB Ki Vines productions, directed by Himank Gaur, and written by the duo Hussain & Abbas Dalal, the series is now available exclusively on Disney+ Hotstar.

Bhuvan Bam is one of India’s biggest digital stars. We’ve seen him play and create multiple characters across his career and now as he makes his digital debut with Disney+ Hotstar’s Taaza Khabar, he opens up about what it’s like to play a character he’s not created.

Bhuvan Bam says, “Playing a new character is like playing with clay. You’ve no clue how they react under different conditions. You learn to understand them and then craft your skills around to turn them into a pot. It’s a surreal one! From watching legendary shows on the platform to actually being on it is a special feeling. Can’t wait for people to watch what we’ve been cooking for over two years! Viewers can expect anything and everything from this show. Taaza Khabar has a roller coaster of emotions. People would love Vasya and the next moment, hate him! It is a story that’ll connect with the masses, it’ll teach them what to do when they get powerful”

~ Taaza Khabar will be the first addition to the Hotstar Specials library in 2023, kicking off an exciting year for the platform ~

The hustle and bustle at .FEST’s continues as over 20 thousand people enjoy the fervour