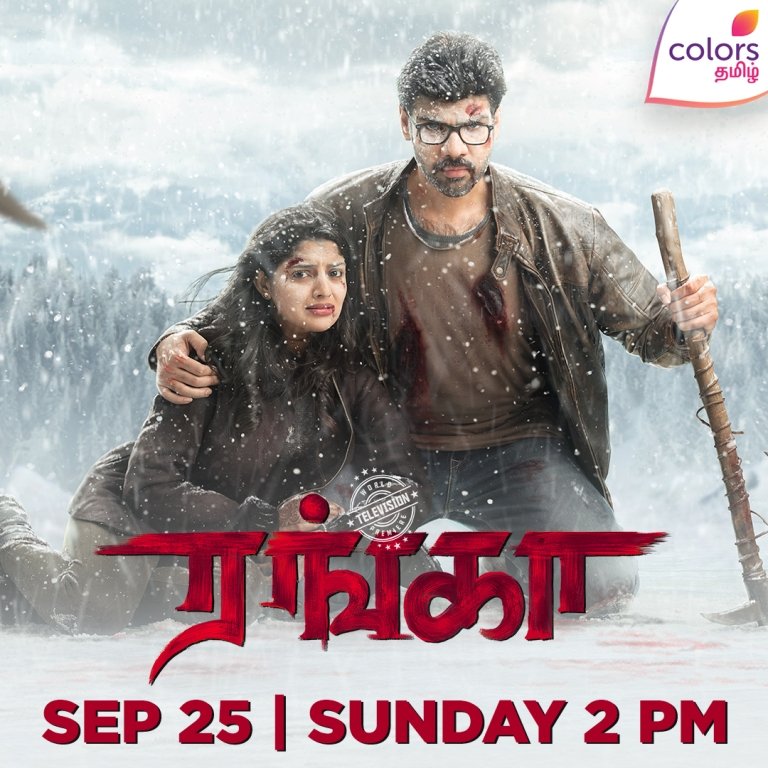 Mumbai, 23rd September 2022: Holidays and vacations always bring excitement but what if it turns out to be a nightmare? Brace yourselves for a nail-biting experience this weekend as Colors Tamil, a meaningful entertainment channel is all set to present the World Television Premiere of Ranga on Sunday, 25th September at 2PM.  With Special Partner ORYZA REFINED RICE BRAN OIL, the film features Actor Sibi Sathyaraj in the romantic-thriller that delves into the world of crime and privacy. Tune into Colors Tamil to witness the horrors of a vacation, this Sunday, 25th September at 2PM.

Written and directed by Vinoo DL, the film further stars Actor Nikhila Vimal in the lead role, with Actor-Comedian Satish, Actor Manobala and Actor Shiva Shara as the supporting cast. Set in the backdrop of Snow-clad mountains,the film revolves around a newly married couple who travel to Manali to have a good time with each other until they unravel that their privacy is compromised. The narrative follows Adithya (played by Actor Sibi Sathyaraj) who ends up secretly marrying his childhood sweetheart Abinaya (played by Actor Nikhila Vimal). Ahead of their marriage, the newlyweds travel to Manali for their honeymoon and discover that the hotel  in which they are staying at, is filming them secretly. They uncover a scam where the criminals compromising their private moments online to make money. Will Adithya and Abhinaya survive against these criminals in an unknown place forms the rest of the plot.

Commenting on the occasion, Director Vinoo DL said, “Ranga has a very unique concept of bringing a thriller in a romantic scenario. The audiences watching this would initially feel that the story helms a romantic narrative but would be surprised witnessing the challenges the couple will face during, what might seem to be a simple vacation? I am delighted that my debut movie is soon set to have its World Television Premiere on a prominent channel like Colors Tamil, and I am definitive that the audiences will have a wonderful time this weekend.”

Adding to the same, Actor Sibi Sathyaraj said, “The reason I chose to play Adithya was owing to the distinct script of Ranga. The character further has alien hand syndrome where a person’s mind does not have control of the hand. It was refreshing to play Adithya altogether and the entire team had put in immense efforts to put the movie together. I am sure that the audiences will have a gala time watching the World Television Premiere on Colors Tamil as much as we had while we were shooting the film.”

Prime IVF witnesses another round of success in fertility campaign’s