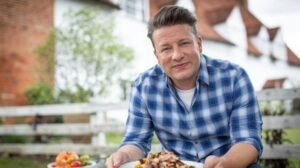 India; 3rd January 2023: With the beginning of a new year, India’s one-stop shop for all the finest English drama shows, Colors Infinity, is set to amplify the fervor with its exceptional programming line-up. Featuring some of the most popular English shows, the channel is ready to bring the best quality content for the month of January 2023. Ranging from drama shows to cookery shows, the primetime exclusive of Colors Infinity has something for everyone this January.

Watch this engaging mini-series featuring acclaimed artists like Martin Freeman, Siobhan Finneran, and Imelda Staunton in pivotal roles. Martin Freeman plays Detective Superintendent Stephen Fulcher, who is hell-bent on looking for the killer of a missing woman, despite the worries in his own life and career. Colors Infinity is bringing this intriguing show, which is based on a true story, exclusively in its January line-up for its viewers. Watch the series from Monday to Friday from January 2nd at 9 PM.

Renowned chef, restaurateur, and cookbook author Jamie Oliver is here to take you on a gastronomic adventure. Along with some lip-smacking recipes, Jamie will give the audience the best kitchen tips for family celebrations. Watch this show exclusively on Colors Infinity in the primetime from January 3rd Monday to Friday at 8 pm and be a part of Jamie’s amazing food journey.

This interesting show is based on the life story of a 60-year-old woman who enters a relationship with a man half her age. This situation turns out to be a matter of concern for her kids as they believe the man to be a gold digger simply interested in their mother’s wealth. Watch this engaging series featuring Julia Ormond, Ben Barnes, and Alex Jennings, from January 18th, Monday to Friday at 9 PM, only on Colors Infinity.

The Bold Type Season 1 to 5

The Bold Type is a series that is based on the real-life story of the producer herself. Cosmopolitan magazine editor Joanna Coles is the producer of this brilliant show, and the cast features Melora Hardin and Meghann Fahy in the lead roles, finely depicting the characters at their best. This story revolves around the story of three friends who try to find their own voices, while working in a global women’s magazine, Scarlet. Witness these friends navigate through the ups and downs of life as they struggle to find their identities, manage friendships, and find love. The show will air on Colors Infinity from 18th January, Monday to Friday at 10 PM.

Nigella: At My Table

Nigella Lawson, the world-renowned food writer, and television cook is all set to give you some everyday cooking hacks. She is among the most revered cookbook writers and has sold over 8 million copies worldwide. She will share the joy of everyday cooking with some interesting recipes that you can try with your friends and family. Tune into Colors Infinity from the 19th of January, Monday to Friday at 8 pm to watch this amazing show.

This award-winning series is a part of the Chicago franchise and showcases the life story of the firefighters. Executive-produced by Dink Wolf, the show stars Jesse Spencer and Taylor Kinney in lead roles. Heavy on heart, high on drama, and filled with explosive action, the show is one of the most thrilling ones that viewers can enjoy in the month of January. Chicago Fire depicts the personal and professional life stories of firefighters and what they go through on a daily basis. Watch this thrilling show on Colors Infinity from January 23rd Monday to Friday at 11 PM.

Based on the book ‘Twelve Patients: Life and Death at Bellevue Hospital’ by Eric Manheimer, this medical drama series is focused on the story of the director of America’s oldest public hospital, Dr. Max Goodwin. The story revolves around how he deals with difficult situations and how dedicatedly he works toward treating the patients in the hospital. Watch the show on Colors Infinity from January 26th, Monday to Friday at 7 PM.