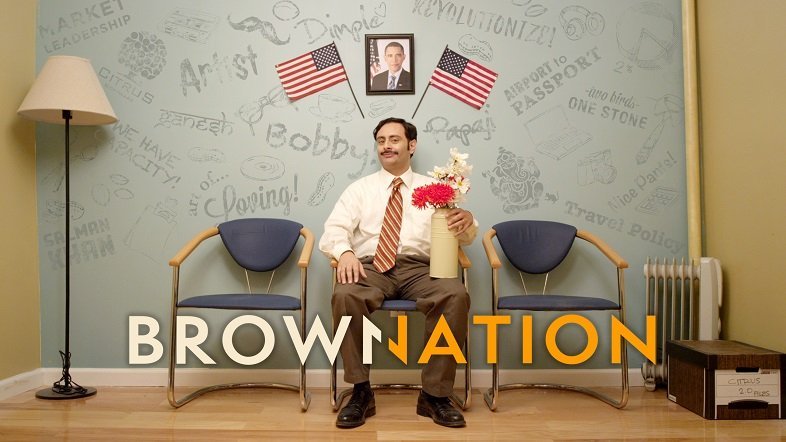 A slice-of-life comedy series, Brown Nation, is set to hook the audiences with its simple story, filled with moments of humor and fun. Based on the struggles of an Indian-American businessman, Hasmukh Parikh, Comedy Central is taking its Indian viewers on an exciting binge-fest this Republic Day. Hasmukh Parikh, the Indian-American, Gujarati businessman juggles between his lazy staff, a frustrated wife, and a cranky father-in-law, and yet tries to keep his romance alive, which results in a floundering business and chaotic personal life. His juggling with struggles brings some delightful and unforgettable moments for the viewers as they take a relatable journey in The Land Of Dreams. The viewers can enjoy Brown Nation on Thursday, 26th January 2023, from 2 pm onwards.

Here are some light and delightful moments from the breezy show that you cannot miss!

Hasmukh’s Attempted Work-Life Balance!
The way Hasmukh manages his home and his life indeed make for many hilarious situations throughout the show. He lives with his wife and his father-in-law, making it a little difficult to maintain romance in the marriage. To add to his woes, his wife, Dimple, decides to opt for a career in painting. In his need to find the right manager for his office, he appoints Bobby. While Hasmukh hires Bobby to make his life easier, his rivalry with Dimple makes it all the more difficult for our protagonist. Watch the entire season on Comedy Central to see what happens to this rivalry and the poor Hasmukh caught in its midst.

Papaji’s Expectations!
Hasmukh’s father-in-law is a simple man with simple wishes. It is his desire for his daughter and son-in-law to give him a grandchild. However, that wish of his takes a backseat, as Hasmukh has other plans. Hasmukh’s pursuit of a successful career and his father-in-law’s incessant demand for a little one make for absolutely hilarious moments that are sure to make you giggle.

Dimple’s Expectations, Hasmukh’s Trouble!
Dimple comes up with a solution for Hasmukh as he tries to create some semblance of work-life balance. Keeping his busy schedule in mind, she asks him to opt for spiritual life in order to calm down. She asks him to take a break and join the ‘Art of Living sessions. Well, her push for a spiritual way of living is another rollercoaster for Hasmukh and a laughter-riot for you!

A Romantic Getaway!
It is Hasmukh and Dimple’s wedding anniversary. Dimple is all out to make the day memorable, but Hasmukh has other plans to surprise her. Watch the whole gamut of back and forth that happens around his anniversary and how he deals with it to celebrate the best day of his life, with the best person in his life, only on Comedy Central!