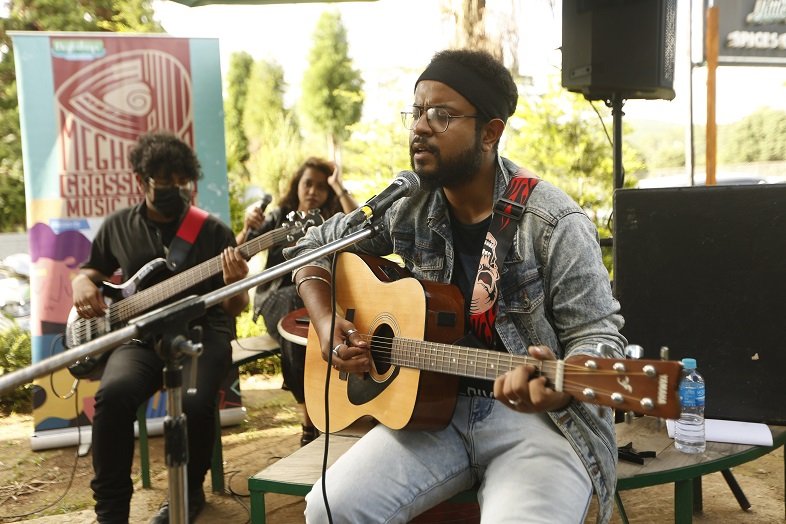 Meghalaya, the “Abode of the Clouds” with its picturesque landscape of rolling hills, meandering rivers, cascading 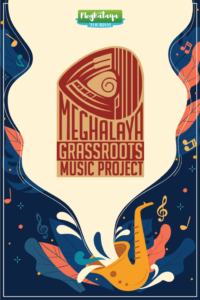 waterfalls, lush forests, diverse flora and fauna and unique culture and tradition has been a favorite for wanderlust people across the globe. MGMP – Meghalaya TourismIn Shillong, growing up in the nineties was all about rock and fun. Music is an integral part of the culture and lives of the residents of the State. Shillong has been popularly known as the ‘Rock Capital’ of India and many musical events and concerts are regularly organized in the State.

The state is known for having strong musical roots and an abundance of musical talent. The tradition continues till today with the Government of Meghalaya led by Hon’ble Shri Conrad Sangma. Himself an avid musician, singer, and music afficionado, his vision gave shape to the Meghalaya Grassroots Music Project, where emerging independent singer/songwriters/composers as well as Bands can hone their skills and get the platform to perform and entertain audiences at galore. This platform besides providing sustenance to these artists also provides tourists visiting the state a glimpse of what can be expected from the musical scene. With cafes, clubs and streets buzzing with live music, it surely is a rarity across the country.

The State Government has built spaces in Khyndailad, Laitumkhrah, Mawkdok, and Sohra for these live street musical events. Cafes in Shillong, Jowai and Tura regularly to host live performances, busking and street plays, café gigs on a regular basis.

Across Meghalaya, anyone would pick up a musical instrument and passionately learn the art of music and eventually they would give it a shot to start a band in a garage or any space permitted by their parents. Lou Majaw has been a living legend representing the rock scene of Meghalaya. Shillong does have a storied past where waltz, foxtrot, bop and other song and dance forms livened up the town’s jam sessions and dance halls. Meghalaya appeared in the national map as a buzzing music destination when Rock On 2 team began filming in the state. But with the success of NH7 and the release of Standing By – a six-part documentary on “independent music in India” – in which Shillong features prominently, this whisper about Meghalaya as a musical state has been amplified into a deafening roar.

There are a variety of tourist destinations from caves to monoliths, waterfalls to rock formations, each with its own set of legends. The famous Arwah Cave at Sohra, Meghalaya, was recently turned into the venue for a music show that was a first of its kind in India, to have witnessed what is presumably its maiden musical show inside a natural cave. Perched on the natural rock formations within the cave, musicians played percussion and string instruments with vocalists belting out songs. The endeavour combines the opportunity of the local talent to find a wider audience with the entertainment of the tourists who throng the picturesque state. Sohra in Meghalaya is home to several scenic natural assets. From waterfalls to hidden caves, Sohra hosts varied topographical elements. The area is best known for the site of the world’s only living bridge the “Living Root Bridge”, which attracts tourists from around the world.

More than 500 artists and musicians to been supported. 60+ Artists are supported every month through cafe Gigs and Busking Events (street/café live events). The government has also started special touring funds for artists. Already there have been 12 specially curated music events to support artists. INR 45.46 lakh has been transferred to independent artists, bands, and technicians till now. An initiative like no other across the country. The program was launched in April 2022 and over 150 such events have been organized till October 2022. The performers and organizers are paid for by the State government. The Meghalaya Grassroot Music Project is serving the dual purpose of creating livelihood opportunities along with protecting and promoting the musical heritage of Meghalaya. Further, it is also building a unique brand for the promotion of tourism in the State.