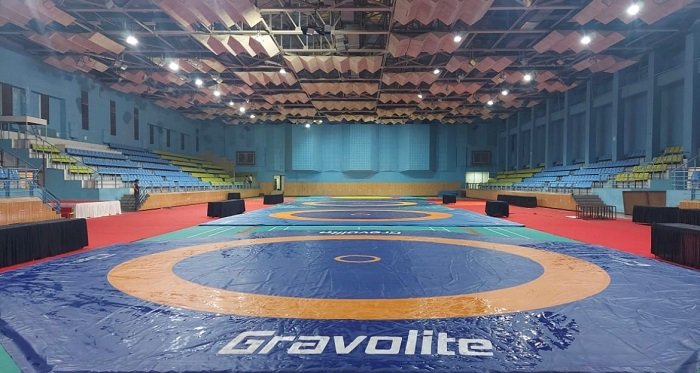 Gravolite, one of the leading sports mat manufacturers in India, became the official supplier of Professional Mats for the Maharashtra Mini Olympics 2023.

Maharashtra Government has organized the Maharashtra Mini Olympic Games 2022-23 from January 2 to January 12 2023. In this event, 39 games are included which will be played in nine districts of the state. The tournament will witness participation of around 1, 04,056 people including players, referees and coaches.

Gravolite mats will be used throughout the tournament considering the infrastructural requirement and the safety and well-being of the athletes.

Vaibhav Somani, Director Gravolite, said, “We are excited to be the official supplier of Professional Mats for Maharashtra Mini Olympics 2023. Such events create a viable platform for sportspeople to showcase their abilities and for organization’s like us to let the sportspeople experience our technologically advanced mats. We have been manufacturing world-class mats to safeguard the health and well-being of the players. Sometimes, playing such combat sports on ground soil can cause severe injuries or lifelong disabilities to the athletes. But, with Gravolite Kabaddi mats, they get the desired cushion base and floor padding which helps athletes to maneuver moves without having to sustain injury. Further practiing and performing on professional mats enables sportspeople to perform better on international tournaments too.”

He further added that Maharashtra Mini Olympics is a prestigious tournament initiated by the Maharashtra Government, thus providing high-quality international mats is our priority.

A spokesperson from Maharashtra Mini Olympic said, “We are excited to have Gravolite as a professional mats supplier and manufacturing partner in our event, and we look forward to many more associations with Gravolite in the future, too.”

FC Goa sign Hernan Santana for the remainder of season