Mumbai – Since last month, the air quality index in Mumbai and Navi Mumbai city has been showing more than 200 to 300 AQI. Last Friday, the Air Quality index in Nerul was 353 and this level was the second highest in the state in pollution, while the air quality level in Bandra Kurla Complex was 390. Navi Mumbai city which is away from the crowd of Mumbai and has got the honor of planning city i.e. planned city, is the most affected by pollution and in the last ten days due to increasing dust and vehicular pollution in the city, many citizens have contracted respiratory diseases, it has been expressed by the Terna Specialty Hospital and Research Center in Nerul. Pregnant mothers, children and senior citizens with asthma, pneumonia, bronchitis and throat diseases have started to suffer more. The rate of respiratory disorders has increased by 20 to 30 percent in the last ten days and the real test of these patients will be faced in the month of January. 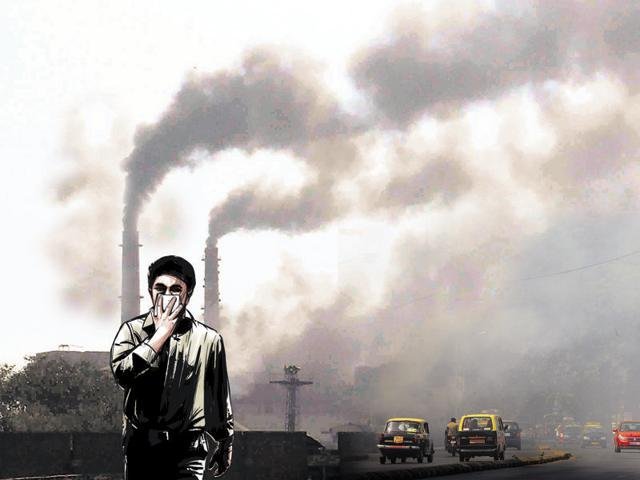 Giving more information about this, Dr. Abhay Uppe, Pulmonologist from Terna Specialty Hospital & Research Centre, said, “From the last ten to twenty days, mild fog has been falling in Navi Mumbai and Mumbai in this fog, vehicle smoke, dust particles in the atmosphere and smoke or toxic gases from chemical companies do not rise in the sky. lives below, so the citizens who are allergic or suffering from it quickly start suffering from sore throat, frequent sneezing, mild cough and swelling of the throat and if not treated properly, many patients have to be admitted to the hospital. In case of danger, the patients should contact the doctor immediately otherwise it can lead to death. Due to the increasing level of sulfur compounds mixed in the air, respiratory disorders like difficulty in breathing and suffocation are aggravated. When the level of nitrogen compounds in the air increases, the lung function slows down.”

Due to one of the largest industrialization zones in Taloja the air is becoming more polluted in Navi Mumbai. In a survey conducted by the Central Pollution Control Board between 2011 and 2015, Navi Mumbai has been declared as the third most polluted city in the state. Along with particulate matter 10, nitrogen oxide and carbon dioxide have been found to be many times more than the prescribed level in the air in Navi Mumbai. If the situation continues, it will not take long to include Navi Mumbai as the number one polluted city. Terna Specialty Hospital and Research Center informed that it is necessary to take preventive measures against this background and we are advising citizens to be alert in this regard.