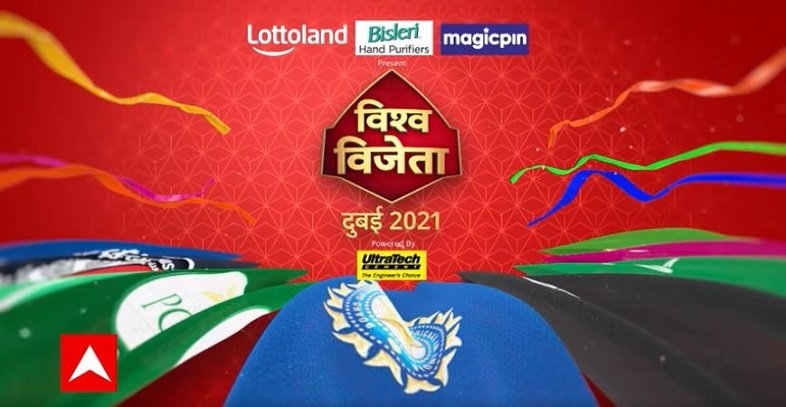 Noida, October 20, 2021: ABP News organized a star-studded cricket conclave ‘Vishwa Vijeta Dubai Conclave 2021’ in the lead up to the T20 World Cup in the UAE. The mega on-ground conclave was held at the iconic Burj Plaza, amidst the towering backdrop of Burj Khalifa, in Dubai on October 17, 2021. ABP News’ first ever international cricket conclave set into motion the much-anticipated encounter between arch-rivals India and Pakistan on the 24th of October at the T20 World Cup.

The event ‘Vishwa Vijeta Dubai Conclave 2021’ witnessed engaging anecdotes of the past encounters between the participating cricketers which helped the audiences relive those glorious moments from the past. The sessions were full of competitive yet fun filled friendly banter between the panelists who pointed out India’s magnificent unbeatable record in the World Cup tournaments against Pakistan with India enjoying a 5-0 superiority.

The discussions also touched upon Virat Kohli’s decision to quit captaincy, and how will it impact the Indian cricket team. Furthermore, the panelists praised MS Dhoni for taking up mentor’s role of the Indian team for the T20 World Cup. One of the sessions also covered how Indian Batting can withstand Pakistani bowling attack and how it will decide the Oct 24 outcome.

The conclave was the first such initiative by ABP News and highlighted its increasing focus in promoting sports. The network has made significant investments in expanding its sports coverage, as highlighted by its recent live streaming of the PGTI golf tournament and the prestigious JP Atrey cricket tournament on ABP Network’s digital platforms.

Commenting on the ‘Vishwa Vijeta Dubai Conclave 2021’ and ABP News’ growing focus on sporting events, Avinash Pandey, CEO of ABP Network, said, “We at the ABP News value our audiences strong interest in sporting activities and events. Over the last few years we have been aggressively looking towards ramping up our offerings in the sports segment while not remaining restricted to cricket. This is evident from our in-depth coverage of the recently concluded Tokyo Olympics, our coverage of golfing events and our strategic partnership with the Pro-Kabbadi League. Continuing on this mission, we will aim to offer our audiences with similar national and international level programming where we can interact with leading athletes. The ‘Vishwa Vijeta Dubai Conclave 2021’ is a shining example in this regard, where the living legends of cricket like Kapil Dev, Mohammad Azharuddin, Aaqib Javed, Younis Khan and Zaheer Abbas came together to share their expert analysis on the upcoming T20 World Cup.”
ABP News’ ‘Vishwa Vijeta Dubai Conclave 2021’ will be aired exclusively on October 22 and 23, 2021, on ABP News.
About ABP Network.

An innovative media and content creation company, ABP Network is a credible voice in the broadcast & digital sphere, with a multi-language portfolio of news channels reaching 535 million individuals in India. ABP Studios, which comes under the purview of ABP Creations – the content innovation arm of the network – creates, produces, and licenses original, path-breaking content outside of news. ABP Network is a group entity of ABP, which was incorporated almost 100 years ago and continues to reign as a leading media company.

TEGC builds a wonderland for esports gamers in India, bringing ultra-chic and smart gaming gadgets for the ultimate championship