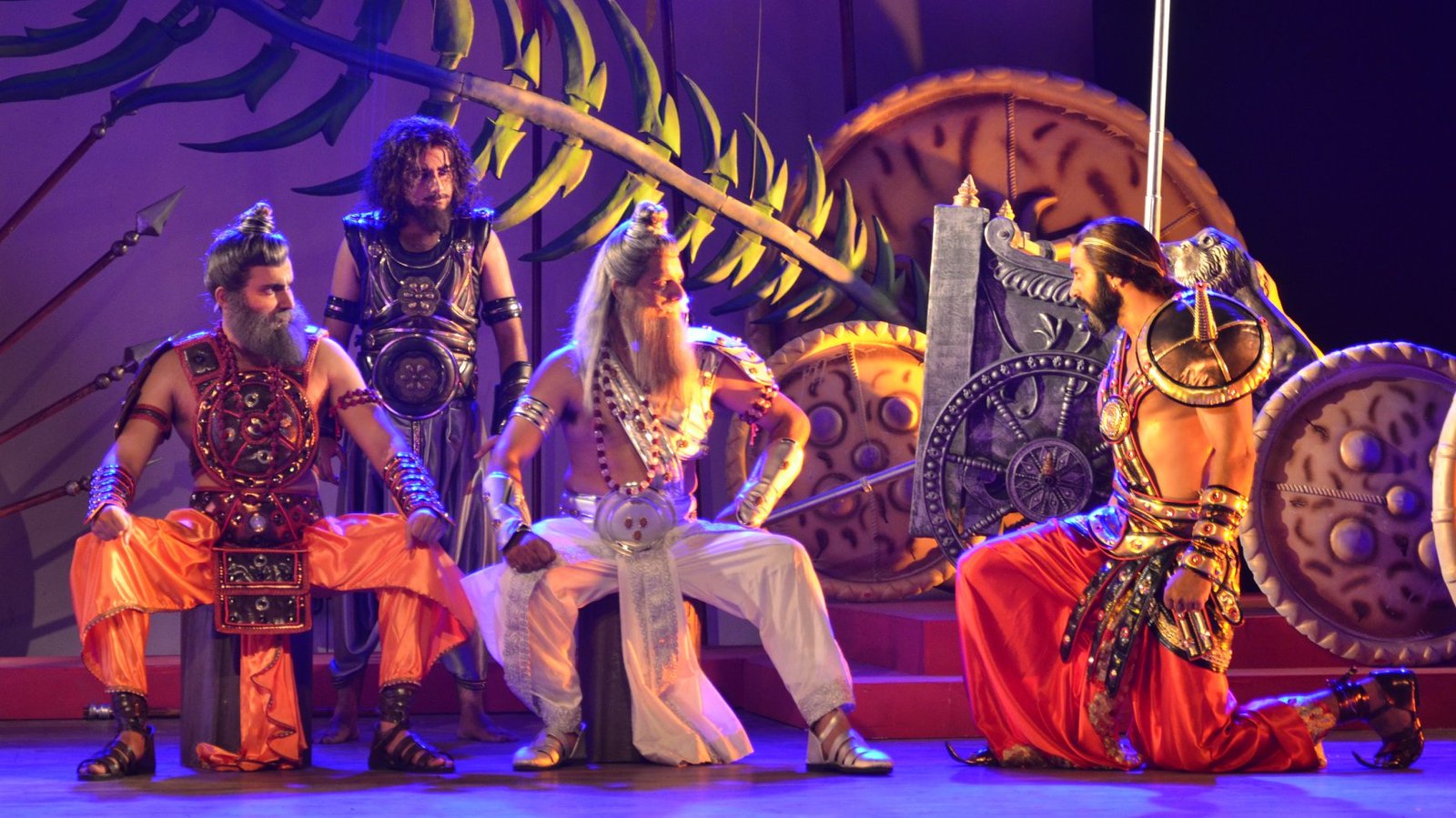 Nitish Bharadwaj and The Film and Theatre Society come back to Delhi with their much-revered play “Chakravyuh”. This play features Nitish Bharadwaj who took the nation by storm with his performance as Lord Krisha in B. R. Chopra’s Mahabharata, once again as Lord Krisha. The show has already been performed close to a hundred times in various parts of the country and has been featured in various prestigious festivals.

The play is the story of the thirteenth day of the great battle of Mahabharata. This play does not confine “Chakravyuh” to just a war-craft and takes it to the level of a complete philosophy. This play explores the episode of the killing of Abhminayu in Chakravyuh formation and all the questions, myths, ideologies, and convictions related to it at many levels. Written and performed in the form of verses, this play works as a bridge between history and the present and connects them both with perennial concepts of “Karma” and “Dharma”. Atul Satya Koushik known all over India for his original plays and spectacular visualization on stage has written and directed the play totally in a new avatar.

The play will tell the story of Mahabharata from the perspective of Krishna. Krishna appears and settles all questions, myths, and misunderstandings of everyone present. He passes on the eternal messages of Karma and by telling no one has ever been able to come out of their respective Chakravyuh as this whole life is nothing but a Chakravyuh. Our Karma is to fight in the Chakravyuh and getting out of it is the result of that Karma over which we can never have control

Atul Satya Koushik, Writer, and Director says, “Indian history has always intrigued me and I have always tried to interpret the history in a manner which gives a new meaning to the episodes that have been told to us a myriad of times before. The mere idea of a sixteen-year-old young fighter, who bears on his shoulder the name and legacy of the most acclaimed archer of all times, fighting alone with seven of the greatest warriors who ever fought on this earth undoubtedly gave me goosebumps. But I wanted to bring out more from this story. I have tried to tell, through Krishna, why to mourn the fact that “Abhimanyu” could not make his way out of the “Chakravyuh” when no one else has ever been able to do so. This whole life is a “Chakravyuh”, those seven warriors were seven evils within us and we all are “Abhimanyu” who has to fight them throughout our lives.”

Actor Nitish Bharadwaj said, “Delhi audience has always been very critical yet loving and it is a joy indeed to return to Delhi and perform for them after covid. I believe that with whatever the world has seen during these difficult years of the pandemic, the words and message of Lord Krishna in this play will connect all the more with the audience. I look forward to my Delhi show”

Entry: By invitation and by tickets only

The hustle and bustle at .FEST’s continues as over 20 thousand people enjoy the fervour