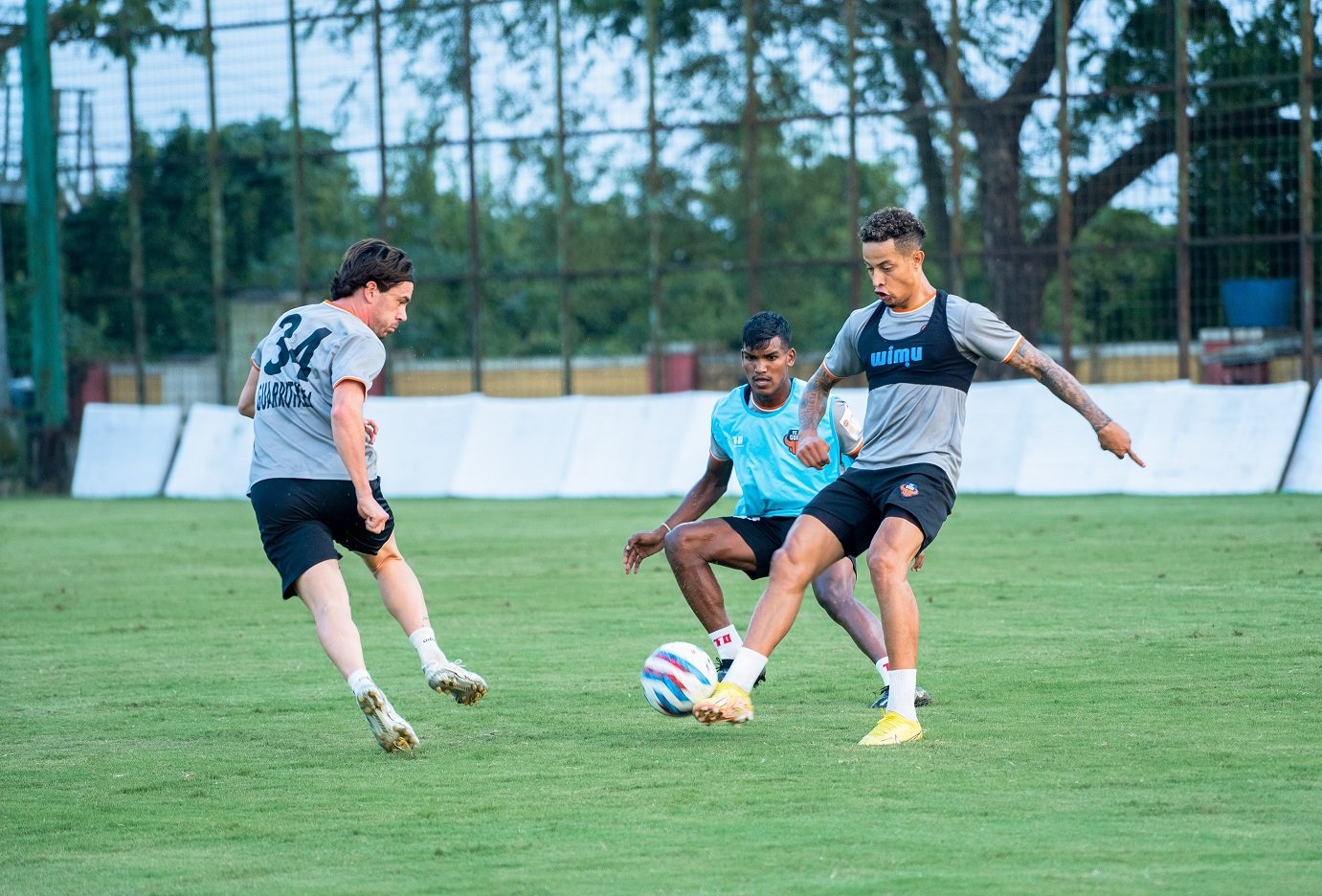 Mumbai, January 5, 2023: A home fixture has been a thing of comfort for FC Goa this season – having won four of their five games so far this season in Fatorda. Carlos Pena’s men will look to feed off those results and take all three points when they clash against Hyderabad FC in their next assignment on Thursday.

And with the business end of the season now in sight, a win would be a shot in the arm for the Gaurs as they look to get back into the playoffs this season.

While the Gaurs’ home record under head coach Carlos Pena has been impressive, they have struggled to maintain consistency overall, as evident from recent results. Hyderabad, meanwhile, are on a four-game winning streak and would look to add more points to their tally.

They will also derive inspiration from the 1-0 win in the reverse fixture in October when a first-half strike from Javier Siverio made the difference between both sides.

The Gaffer Says
FC Goa’s three-match unbeaten run in December 2022 was brought to a halt last week by ATKMB. Despite the setback, head coach Carlos Pena stressed on the fact that the team remains on track for a good season.

“That was our first loss in four matches. So it depends on how you look at it. For us, one defeat changes nothing. We are still in the race for the playoff spots,” he said at the pre-match press conference on Wednesday.

“Let’s remind ourselves as to where we came from. We finished ninth place last season, way behind any of the playoff spots. From there, we sparked a comeback, finished a few games well, and are now in fifth place, not far away from the third and fourth positions either.

“Tomorrow’s game is important, as we’re facing another team that is looking to stay in the top-six. I have huge respect for (Hyderabad FC head coach) Manolo Marquez, he’s done a terrific job with the team over the past two to three years,” he further added.

“They’re among the most consistent teams in the league this season – but I’m confident we’ll give them a tough fight.”

The Task Ahead
A victory and three points may not change FC Goa’s position on the points table, but they are still important as they will help the Gaurs reduce the gap between themselves and the top four teams.

Hyderabad FC, on the other hand, will leapfrog Mumbai City and climb to first place, provided they can register a win at Fatorda on Thursday.

Both FC Goa and Hyderabad FC follow similar playing styles, as they like to keep possession of the ball and build a play-up from the back. Led by two Spaniards in Pena and Marquez, the footballing philosophy of the two sides also draw influence from the European nation.

When the two sides faced each other in Hyderabad earlier this season, what we saw was a clash of equals. The Gaurs, however, ended up regretting their momentary lapse of focus in the first half when Siverio found the target for the Nizams.

Pena’s boys created several chances of their own at the other end, but none of them ended up in the back of the net, unfortunately. On Thursday, they will now look to make amends for that defeat and set a solid tone for the remainder of their league campaign.